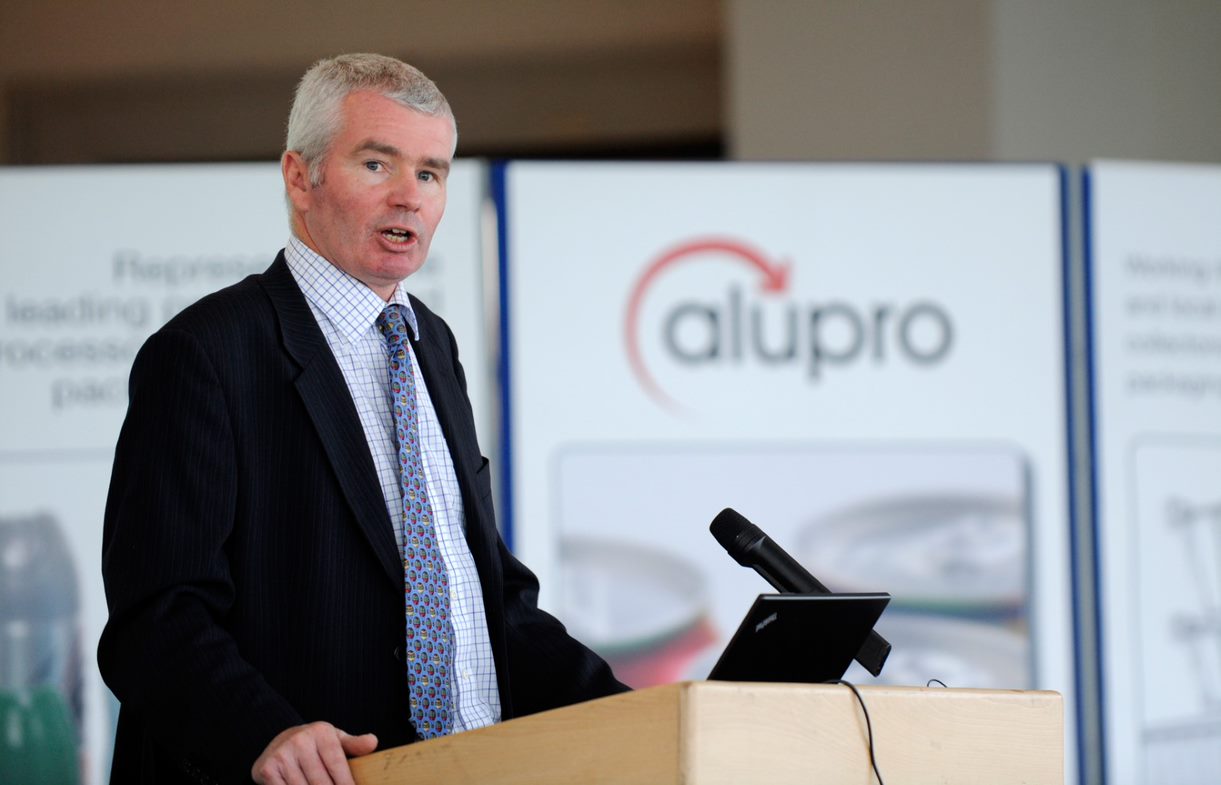 An ‘all-in’ deposit return scheme for drinks containers could result in an extra 823 million plastic bottles being producedi, inadvertently adding to plastic pollution – one of the key issues the scheme is trying to solve.

As part of research released today by Alupro, the Aluminium Packaging Recycling Organisation, 2,000 UK adults were asked to imagine there was a 20p deposit on every can or bottle of any size, as proposed in Scotland. This would mean consumers face paying an upfront deposit of £4.80 on top of the purchase price of a 24-can multipack compared with a deposit of 80p for four large plastic bottles containing the same amount of liquid. When faced with this choice, two thirds of those currently buying cans in multipacks would be likely to switch to the plastic bottles. Even if the deposit was 10p, half (51%) said they would still be likely to choose the plastic bottles over the multipack of cans.

The government has recently signalled that it favours an ‘all-in’ deposit return scheme. This follows plans in Scotland to implement a deposit return scheme in 2021, where plastic, glass or metal drinks containers of any size will have the same deposit attached, likely to be 20p. Alupro, whose aim is to maximise the amount of aluminium packaging being recycled in the UK, is warning that attaching the same deposit fee to all sizes of container will lead consumers to opt for larger plastic bottles, having consequences for the environment and encouraging the purchase of larger portion sizes.

Consumers will, of course, be able to recoup any deposit they pay by taking their empty containers to a designated collection point – most likely a supermarket or local shop – but the survey revealed that one in five people (19%) would still end up using their recycling bin at home, which would leave them perpetually out of pocket. Alupro is also concerned that some of those who can least afford to lose a deposit will be those most likely to struggle with returning their drinks containers – 22% of those surveyed said it would be difficult to regularly take their cans and bottles to a collection point.

“We are very concerned that if the same deposit fee is applied regardless of container size, it will have a significant impact on multipacks of aluminium cans. The majority of consumers buy multipacks, and these will become twice as expensive as the equivalent volume in plastic if a deposit return scheme is introduced with the same deposit fee. This would be a significant upfront cost for household budgets and, as our survey has confirmed, it will influence purchasing habits.

“However, a variable deposit fee based on the size of the container avoids changing current consumer purchasing habits.  Consumers are sophisticated enough to understand a variable deposit fee as is the norm in Scandinavian countries where deposit return schemes are well established. We urge the Scottish Government and UK Government  to consider the impact of otherschemes; the German drink can market is only just starting to recover following the introduction of a poorly designed deposit scheme in 2003 that all but wiped out can sales, which plummeted by 96% almost overnight.Our survey found 83% of people are concerned that a deposit return scheme could increase the consumption of plastic.We must avoid this scenario playing out in the UK.”

“We want to see an ambitious and inclusive system that works well across the whole of the UK. It is concerning that a flat deposit fee could lead to a dramatic increase in the amount of plastic being purchased and a decline in the use of aluminium. We must ensure that the deposit return scheme is well designed and does not discriminate against one material over another.”

Did you know? Aluminium facts: 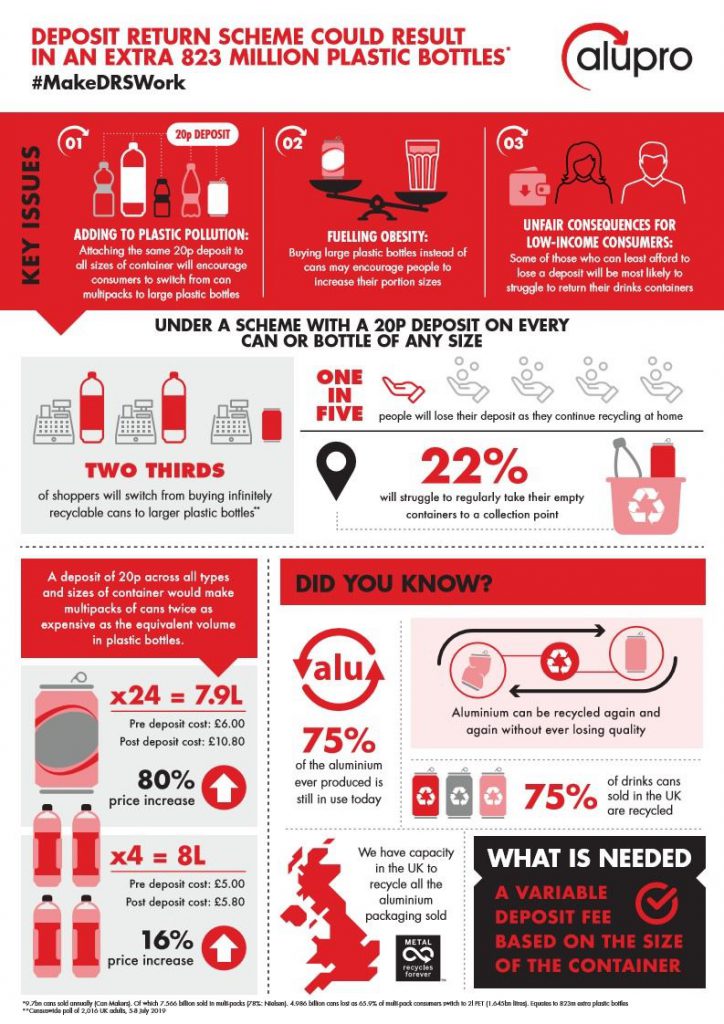