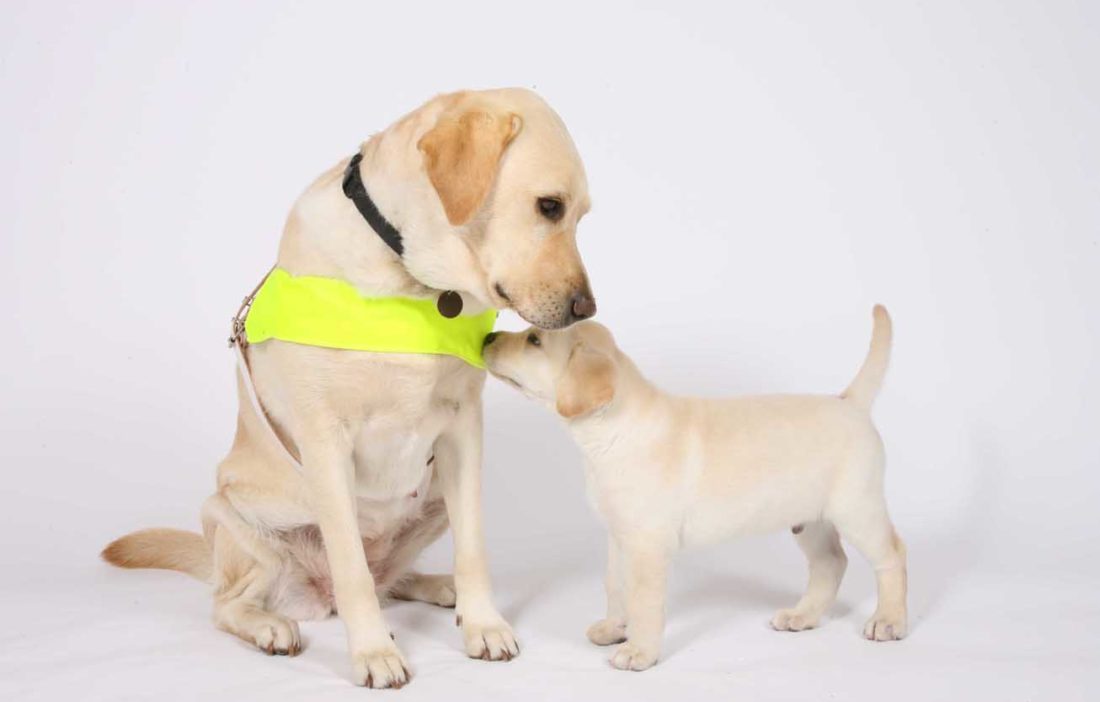 The charity Guide Dogs has issued advice on fireworks for pet dog owners ahead of Bonfire Night, as new data reveals pet owners said their dogs were more scared of fireworks than being left alone or going to the vet.

Over 32,000 dog owners were polled about their pet’s biggest fear in Guide Dogs’ Great British Dogs Survey and a quarter (8,473) said their dog’s biggest fear was fireworks and loud noises.

Dogs are more sensitive to sound than humans. They can detect sounds that are up to four times quieter than the human ear can detect, so it’s not just fireworks directly outside that need to be considered – it could be some much further away that can affect a dog.

While every dog is different, there are a number of common signs your dog might be scared of fireworks, including destructive behaviour, cowering or hiding, shaking or pacing, being scared to leave the house, urinating unexpectedly or even vomiting or diarrhoea.

As part of the socialisation of puppies at Guide Dogs, the charity provides all volunteers who look after guide dog litters with CDs to play for the puppies from the moment they begin to hear. This has a range of noises for them to be socialised to including fireworks at low volume and other noises.

With firework season approaching it can be a stressful time for dogs and their owners, so Guide Dogs has prepared some top tips for pet dog owners to follow:

Sophie said: “I was out for a walk with my partner when a firework was thrown into an underpass we were heading through. The noise scared the life out of us, especially Vixen. She wasn’t herself for a few months after.”

Sophie explained that it took about three months of careful training to get Vixen used to loud noises again and that she was already thinking about this year’s fireworks back in July: “It’s all about building layers of confidence. Since the incident, I prepare for fireworks season early and start by playing a fireworks playlist on my computer in the weeks and months leading up to it. Gradually I increase the volume, but I’m careful to ensure this is done gently to avoid making Vixen feel anxious. As for Bonfire Night itself, I’ll make sure she gets fed earlier, so that she can go out in the garden before the fireworks start. I’ll also move her bed away from the backdoor so that she can’t see the flashes. Vixen is going to be a guide dog mum in the future so I have to make sure she’s as comfortable as possible.”

For more information and advice on fireworks visit: guidedogs.org.uk/fireworks

If your dog has a severe reaction to fireworks, you should seek advice from your vet.