As we near the end of 2017, here’s a look back at our top ten favourite things from the year – from coffee cups and drinking fountains to healthy relationships for young people and Veterans’ mental health.

We started the year supporting the launch of the Square Mile Challenge with the environmental charity Hubbub, Simply Cups, City of London Corporation, Network Rail and well-known coffee stores including Starbucks, Pret a Manger, Costa Coffee, Caffe Nero, Marks and Spencer and McDonalds. The media coverage we secured helped ensure the challenge met its target of recycling 500,000 paper cups in April and over 3 million more since then.

For FASTN we designed and commissioned research into 16-19 year old men and relationships and from this we helped them produce the Love, Lust and Loneliness report.  Securing DJ Munya Chawawa as a brand ambassador and creating a series of claymation films, we generated quality coverage to reach the target audience with messaging around healthy relationships, including a 17 minute guest slot on Radio One’s Surgery and the banner article on UNILAD’s website for 10 days.

In the run up to this Summer’s Women’s EURO tournament we were invited by the World Heart Federation, UEFA and Healthy Stadia to develop a campaign to raise awareness of the risks of cardiovascular disease and encourage more women across Europe to take part in regular physical activity.  We created the #MatchFitWoman campaign and video, and we worked with influencers including footballers, sports journalists and presenters to achieve extensive reach on social media for the campaign messages.

For Armed Forces Day we worked with UNILAD to create original videos with some of the residents of Stoll.  Three Veterans told their stories of the impact of PTSD on their lives and helped raise the profile of Stoll and the wonderful work they do to provide housing and support for vulnerable Veterans.

2017 has been a year of genuine traction in the fight to tackle food waste, with many of Britain’s supermarkets stepping up to play their part.  In July we worked with Sainsbury’s, Bosch and Hubbub to launch the world’s first Community Fridge Network. A community fridge sits in the heart of the community and receives fresh food from individuals and businesses that would otherwise go to waste, making this available to anyone to take on an honesty basis. We spread the word through national and local media, with great pick up on regional radio. By the end of the year there were 22 fridges up and running, 21 more in progress and hundreds of organisations interested in setting up more.

6 The Chocolate Bar of the Future

Over the Summer we worked with Mondelez International, the home of Cadbury, and the IET to launch a competition for children to engineer the chocolate bar of the future.  The competition was part of the IET’s Engineer a Better World campaign which aims to highlight to parents and their children the huge variety of exciting, creative and stimulating careers in modern engineering. The lucky winner enjoyed a once in a lifetime trip to the Bournville factory to see her design made into reality.

Ocean plastic has been a hot topic this year and we were delighted to work with Borough Market to spread the word about their plans to stop the sale of single use bottles at the Market, as they unveiled their drinking water fountains this August.  We worked with a designer to create a visual identity for the project which played out through branded water bottles, posters and floor vinyls on site and social media posts.

The story was covered by five national newspapers and a wide range of London media and the move by Borough Market to phase out single use plastics has been cited by Mintel as one to follow for a piece on four key European trends for 2018.  London Mayor Sadiq Khan’s recent announcement and a report from the Environmental Audit Committee recommending that free drinking water is made available in all public places has seen further references to the Borough Market initiative in the Evening Standard, Guardian, Sky News and Channel 4 News.

Sticking with plastic, September saw the launch of the Poly-Mer – the world’s first boat made almost entirely from recycled plastic – to raise awareness of the issues of litter in Britain’s waterways and their contribution to ocean pollution. The boat is used for ‘plastic fishing’ trips to remove litter from London’s Docklands and the plastic recovered will be used to make more boats to create a litter-busting fleet.

Plastic Fishing is one of a number of recycling and litter initiatives we’ve worked on with Hubbub over the year, including #FFSLDN to tackle litter in the Thames, Bring Back Heavy Metal with Ecosurety to encourage battery recycling and the Streets Ahead campaign with Brighton and Hove City Council to reduce litter on the streets and beaches.

9 Getting active in Wales

Throughout the year we’ve worked with Sport Wales and Welsh Government to launch a transformational programme in North Wales to get more people physically active for life. We’ve developed a website and we’re running a series of engagement events to pull together community and voluntary organisations, local government, the health and education sectors, and sport and leisure organisations to lead and support the change.
We have now been asked to lead a programme to develop a new vision for sport in Wales

10 It’s beginning to look (and taste) a lot like Christmas!

We rounded off the year with a bunch of Christmas stories.  For Hubbub the news that 1 in 4 Christmas jumpers from last year were thrown in the bin or unlikely to be worn again grabbed plenty of headlines – over 400 of them across national and regional media! This was the fourth of a series of seasonal campaigns this year to tackle clothing waste, following the Gift A Bundle campaign with Mothercare to encourage the regifting of used baby clothing, Sew Spooky to share simple ways to make your own Halloween costumes and Bright Friday to encourage clothes swaps as we revealed 1 in 6 young people won’t wear an outfit again once it’s been seen on social media.

For Borough Market we encouraged visitors to the Market’s Christmas events, including their Evening of Cheese, featuring a wonderful gin soaked blue from Drunk Cheese. We also launched their sustainably produced #LoveBorough chocolate and coffee porter to raise funds for the trader relief fund to support those traders who remain financially affected by this year’s atrocities at London Bridge. We rounded off the year reflecting on the astonishing resilience and spirit of the community around Borough Market in the wake of the attack as BBC London aired the evening news from the Market, finishing up with a moving rendition of Silent Night from Borough Market Choir.

All of this is thanks to a truly awesome team of super smart, talented comms experts.  This year we’ve been delighted to welcome a number of new Associates into team Barley including David Black, Phoebe Campbell, Zoe Dubber, Catherine Jordan Jones, Caroline Narboni, Helen Roache and Rhiannon Scott.  Meanwhile the clan of Barley juniors grew with gorgeous babies for our Associates Sarah Skinner and Hannah Wynne.

We’ll end by wishing all of our team, clients, suppliers and all of you a fabulous 2018. 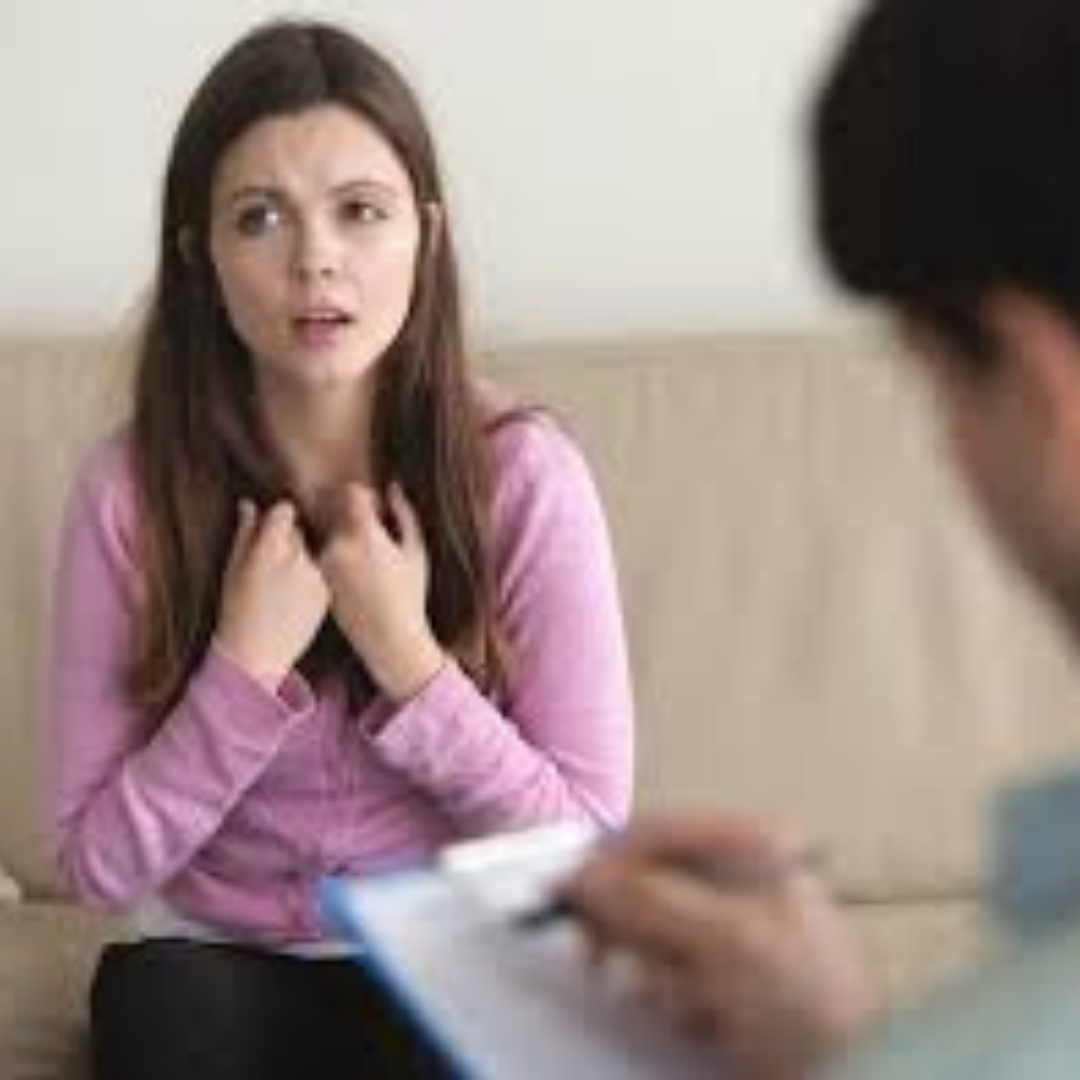 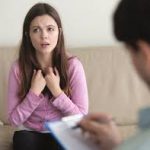 The Clinic for Dissociative Studies supports some of the most vulnerable people in our society: those who have faced a major trauma such as physical or sexual abuse. The Clinic supports survivors with diagnosed complex traumatised states and dissociative disorders, working with them to come to terms with what has happened and enabling people to move on in their lives. 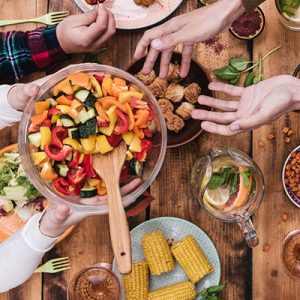 Hubbub makes environmental matters matter, creating fun campaigns that people latch onto and which go on to have a life of their own. They take a fresh approach to communicating environmental issues, focusing on people’s passions such as fashion, food, homes and neighbourhoods.

We work with Hubbub at every stage of their campaigns to raise awareness of issues and change behaviour, from strategy through to implementation.  We also work closely with Hubbub’s corporate partners, such as Unilever, Mothercare, Starbucks, Costa and Pret A Manger, to make sure brands are carefully integrated into campaign messages.

“It is a joy working with Barley. They combine great strategic insight with an ability to tenaciously deliver results. On top of that they are an absolute pleasure to work with.”

Read and watch the highlights of our work launching the Square Mile Challenge or find out here about our work to change behaviour.

Stoll is an amazing charity and housing association providing homes and support to hundreds of Veterans, many of whom face significant health challenges.

We find the stories to generate content across all platforms: from Stoll’s service commemorating the Battle of the Somme to Stoll’s social housing options, including their new development in Aldershot, the home of the British Army.

We work hand in glove with Stoll’s fundraising team to raise awareness of events like its recent 540 feet abseil challenge and the centenary gala dinner and carol concert which was hosted by the Countess of Wessex.

“Working with Barley is great. I like the way they have taken the time to get to know our organisation and understand our needs and those of the vulnerable Veterans we serve. They are like an extension of our in house team.”  Ed Tytherleigh, CEO, Stoll

With over 20 years’ experience in event project management, Irene’s comprehensive knowledge and successful delivery of events ranges from conferences and exhibitions to road shows, award ceremonies and public consultations.  She has a breadth of technical expertise and supplier contacts which she utilises to plan in meticulous detail and has experience in directing events for 50 to 5,000 delegates.

Irene has worked with two Prime Ministers, numerous Secretaries of State, Ministers and various well known presenters.  Clients have included Department of Health, Department of Energy and Climate Change, Department for Education, Home Office, Department for Business, Innovation and Skills and TfL.  She has also worked extensively for the corporate sector.  Irene has vast experience in running engagement and consultation events and workshops – the most recent for NHS England, managing their CCG drop in sessions, Case for Change launches and future stakeholder events.