We are thrilled that our work for  Barnardo’s Summer Fashion for Every Occasion  campaign has been named a winner at the Better Society Awards. 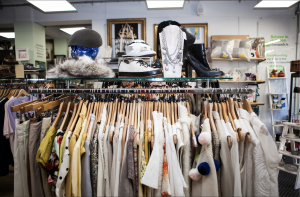 The campaign, which won the Awards’ Communication and Education category, aimed to change consumer behaviour around the purchase of summer fashion and drive more people to Barnardo’s charity shops to buy second-hand items rather than new. To achieve this, we tapped into rising public interest in single-use plastics and grabbed the public’s attention with a news story highlighting the damaging impact of single-use fashion as an issue of equal weight.

Most importantly, additional sales of  £118,491  in Barnardo’s stores were generated during the campaign period (8 July- 31st August 2019) compared with the same period in 2018, helping to fund its work in transforming the lives of vulnerable children across the UK. This was the equivalent to an increase of 26,331 customers. While retail outlets generally suffered slow sales in the summer, Barnardo’s bucked this trend and continued to outperform the sector with clear year-on-year growth.

The judges said: “A really impressive campaign which was based on solid research and insight and an impressive implementation that achieved great overall results.”

As an agency focused on making an impact on issues that matter, we were delighted to have the opportunity to help elevate public awareness around a lesser-known, but equally serious, environmental issue, and to raise vital money for children needing support.