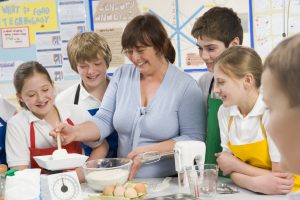 On Saturday the cross-party Environment, Food and Rural Affairs (EFRA) Select Committee released a report on food waste and it was a fairly depressing read. Food waste reductions have stalled.

How is it that 10 years on from the launch of Love Food Hate Waste – when the front pages of national newspapers were screaming out about the shocking levels of UK food waste – we’ve made such little progress? And why is it only now that a recommendation for a formal national food waste target is being put forward?

What I found particularly interesting is that aside from the BBC, practically every other national media outlet reporting on the launch of the report this weekend led on the angle about the sale of wonky veg in supermarkets.

Households produce 71% of post-farmgate waste, whilst retailers produce 2%. Yes, retailers do have a very important part to play and there is a lot of work to do in terms of supply chains and distribution but by far the media focus has been here and not on households.

We love blaming businesses but it’s imperative we look closer to home. Our homes. Where we chuck out hundreds of pounds worth of food every year.

Food Waste is a topic very close to my heart – I helped launch the Love Food Hate Waste campaign for WRAP back in 2007.  Part of this campaign’s success is that it didn’t wag the finger. Instead it provided positive and practical solutions and worked in collaboration with many other organisations, an approach we take with our client Hubbub on #PumpkinRescue and other engaging seasonal food waste campaigns.

I was pleased to see the select committee recommend that “the Government examine how lessons on food and food waste can be incorporated as part of the school curriculum”. But is a “lesson on food” the same as cookery? Many adults now don’t have the basic cookery skills or knowledge to use up leftovers themselves, so what hope does the next generation have? In my view, we need to get kids cooking in school and in the home and that’s supported by the research we conducted for Hubbub’s #CookSomethingGrand campaign, which found that a shocking 45% of 16 year olds have never cooked a family meal.  Perhaps we need a little less focus on nutritional theory and a little more on bubble and squeak.

The EFRA report also highlighted that whilst there was high awareness around the issue of food waste, it’s not being translated into action by households. I’m encouraged to see that WRAP has a new strategy for the campaign but with such huge cuts in funding from Central Government and the Devolved Administrations over the past few years, they have a monumental challenge ahead to achieve their goals. With such a wide variety of audiences and reasons for wasting food, more investment is needed to ensure they have a hope of actually changing these entrenched habits.

More than ever WRAP needs its partners to deliver and help spread the message to consumers. To innovate, to inspire collective action and to incentivise.

Whatever the outcome of the upcoming election, let’s hope the new Government prioritises the issue of food waste and in another 10 years I’m feeling a little more positive. And my teenage boys are cooking me dinner.