Working closely with the client, Barley developed a social media strategy and implemented the initial launch phase of #CREWMATTER – a social media campaign that had two important objectives.

First, to create awareness of the life-changing and career-ending injuries sustained by stunt woman Olivia Jackson on the set of Resident Evil The Final Chapter. Second, to create a movement on social media to demand changes in the film industry so that crew who get injured get compensated and looked after. 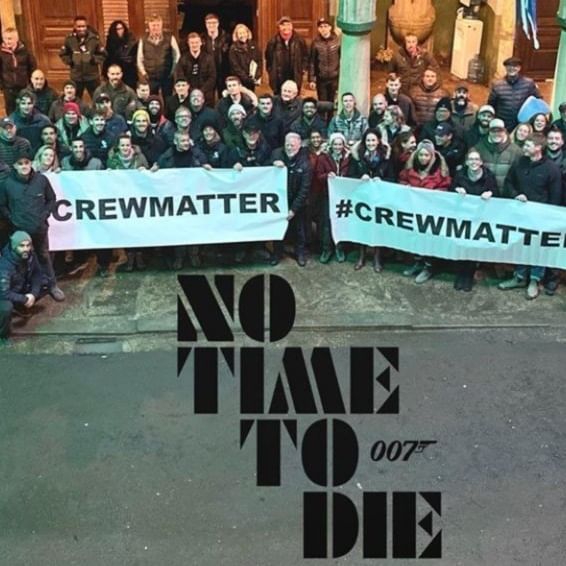 Primarily targeting the UK and US markets, our goal was to encourage people to take a photo of themselves holding a #CREWMATTER placard, share it with their followers on their social channels, and use our campaign messaging to amplify the campaign and create a movement.

Focusing on Instagram, the campaign attracted global attention from people interested in film and those in the film industry. Not only gaining support from the film-going public and the stunt world, but film and TV stars including Chris Hemsworth, UK favourite Ross Kemp, and the crew of the latest James Bond film ‘No Time to Die’.

The dedicated @CREWMATTER profile we created secured over 4,000 organic followers in only five days from launch, with hundreds of people showing their support by posting their #CREWMATTER photos on their channels. Re-posted on the @CREWMATTER channel to amplify the campaign and demonstrate the impact it was having, in just two weeks the activity generated over 800 uses of the #CREWMATTER hashtag, over 100,000 impressions and thousands of ‘hearts’ and comments – with one post alone receiving 1,398 hearts and 1,020 comments.

The campaign goes on.