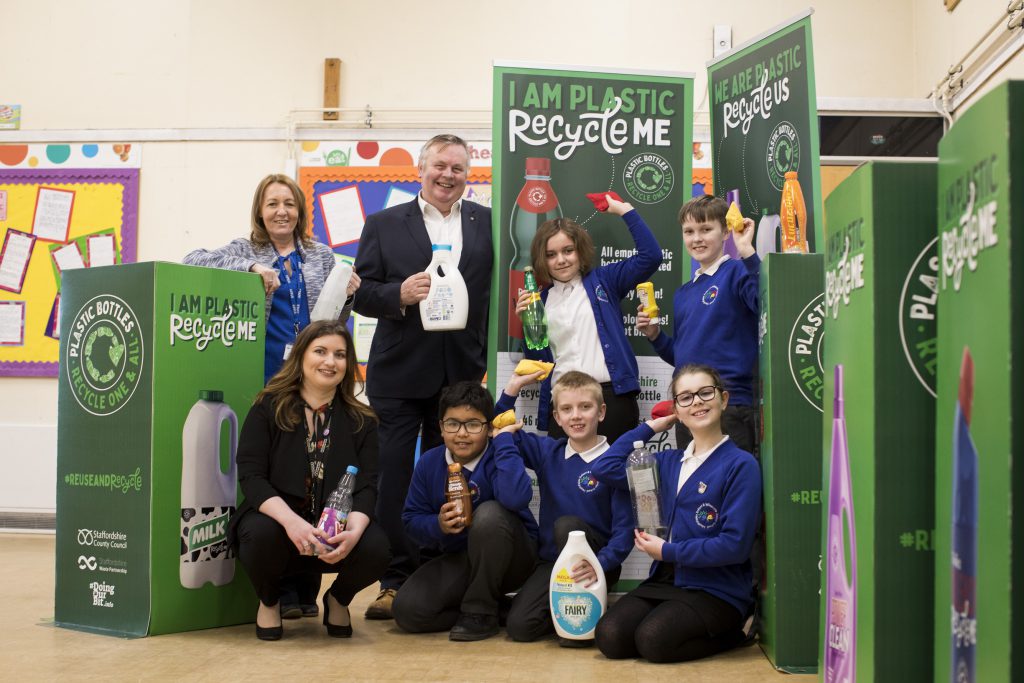 Barley Communications was appointed by Staffordshire County Council to devise a campaign to boost plastic bottle recycling, with the aim of saving 46 million bottles from the County’s waste stream each year. Despite increased awareness about the environmental importance of reusables and reusing plastic bottles, Staffordshire residents alone still use millions and throw away four in 10.

To help address the issue, Barley devised Plastic Bottles: Recycle One and All, a campaign that simply asked residents to recycle at least one more plastic bottle a week in their home recycling bin. Through social activity, it highlighted that despite misconceptions, any bottle can be recycled – not just milk and fizzy drinks, but all food, drink, bathroom and most plastic chemical bottles – and how best to recycle them. Residents were also shown inspiring examples of how recycled plastic bottles can be turned into useful things like park benches, road bollards and car batteries.

As research found that households with primary school-aged children were most likely to not recycle sufficiently, a central part of the campaign was community engagement in schools. Schools were invited to enter a competition whereby the most engaged one had the chance of winning a set of playground equipment made from recycled plastic. A Plastic Bottle ‘Coconut Shy’ fair type game also toured participating schools, getting pupils to learn about recycling in a fun way.

As the campaign launched in late February, shortly before schools shut due to COVID-19, activity had to be postponed, so results are not yet available.