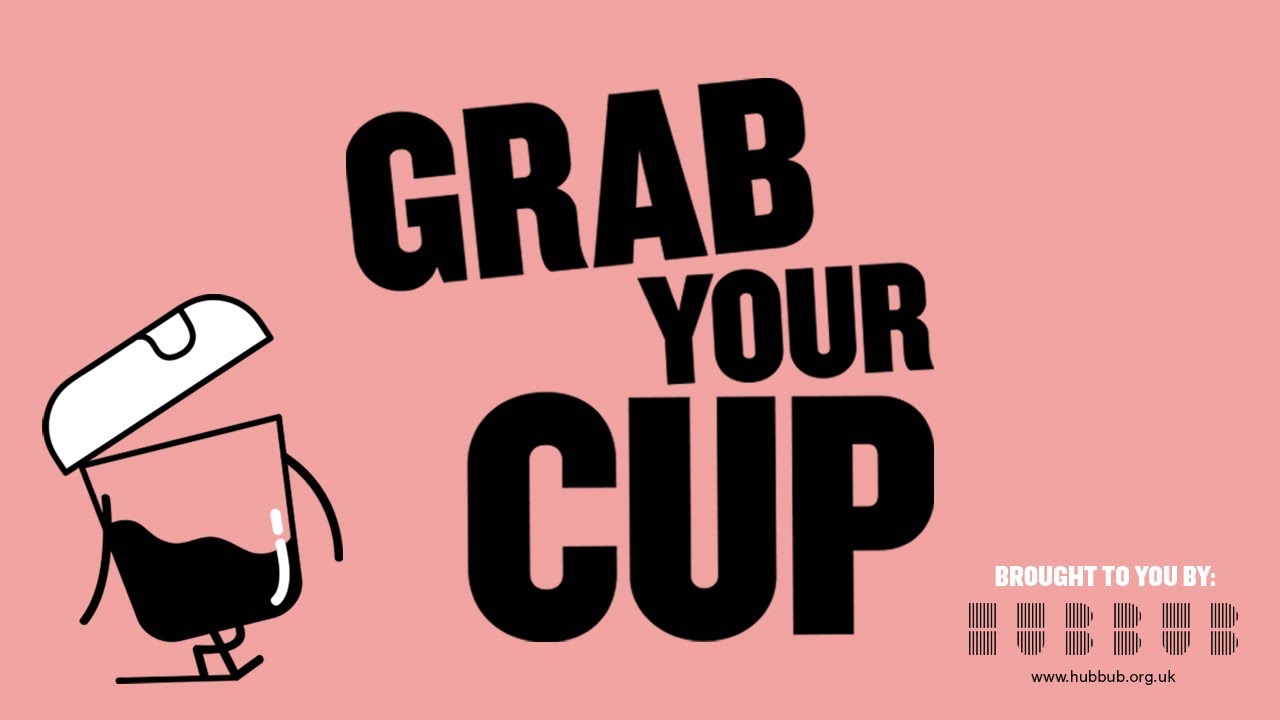 Today, environmental charity Hubbub is announcing their ambition to double the uptake of reusable cups for hot drinks. The initiative has been built using funds collected from Starbucks 5p charge on drinks purchased in a paper cup across its stores nationwide.

Currently 3 billion paper cups are used every year in the UK and it’s estimated that less than 5% of all hot drinks are sold to people bringing a reusable cup. Efforts to increase this figure have seen Starbucks shift sales in reusable cups to 5%, up from 2.2% two years ago. Hubbub plans to work with major retailers and independent coffee shops to raise this to 10% of all sales, which would see a reduction of at least 150 million paper cups a year.

Research released today by Hubbub found that Britons buy an average of 4 take away hot drinks each week, with 1 in 5 buying at least one a day. The research also found that over two-thirds (69%) of people have their own reusable coffee cup but only 1 in 6 say they remember to use them every time they buy a hot drink. The most common reason for this gap in reusable cup usage is consumers forgetting to take their cup with them when they leave home in the morning.  Hubbub also found that the number of people using reusable cups drops off during the day as people feel uncomfortable asking retail outlets to wash their cups and refill them.

Hubbub will be running a range of innovative behaviour change campaigns throughout 2020 to shift this, starting with the Grab Your Cup campaign kicking off in Manchester. As caffeine-seeking commuters return to work from the Christmas holidays, a new ear worm will be reminding them to leave home with their reusable cup. From today, music lovers in Manchester will wake up to a new jingle on radio stations, Spotify and YouTube, created by Fun Lovin’ Criminals front man, producer, BBC Radio 2 and 6 DJ and all–round legend, Huey Morgan.

Grab Your Cup aims to remind people to take their reusable cups in the morning, remove any feelings of awkwardness they may have about taking a reusable cup to a store and shift widespread behaviour by making it the norm to drink from a reusable cup. High street chains Caffe Nero, Costa, Greggs, McDonald’s and Starbucks are being joined by independent stores across Manchester to share the message and this will be supported by adverts in the heart of the city.

Results from the Manchester Grab Your Cup campaign will be assessed by an independent agency and then widely shared to inspire more ambitious reuse campaigns in other cities throughout the year.

Huey Morgan said: “Helping rid the planet of unnecessary plastic and single use coffee cups is something I feel really strongly about. My kids are always talking about it, so I was very inspired to get involved. I wanted to make a great song with an important message – hopefully something that cheers people up, gets in their heads and helps them to do their bit for the planet! So, grab your cup cos you know what’s up!”

While our cafes, hotels and restaurants all play a huge part in this, we need our residents to make responsible decisions, such as carrying and using their own reusable coffee cup rather than using a single-use one.

If we all make an effort to make these small changes, we really can make a difference.”

Gavin Ellis, Co-founder and  Director of Hubbub, said: “We’re really pleased to have Huey’s support to share the message that a reusable cup is the best environmental option for take-out teas and coffees, and it saves money too. This collaboration is a first of its kind for an environmental charity, and Huey has come up with a real ear worm which will help make sure that people remember to grab their reusable cup on the way out of the house. This is the first of a number of new approaches we’ll be testing to see if we can shift the needle on reusable cup uptake through positive and playful campaigns.”

Haley Dragem, Vice President, Public Affairs at Starbucks EMEA, said: “We’re proud to continue our work with Hubbub trialling out of store waste management solutions and raising awareness of the benefits of reuse. The Grab Your Cup campaign in Manchester is a unique way to encourage people to always carry their reusables whilst on-the-go and addresses on of the key barriers to more customer adoption. We are excited to try something new and see the kind of impact that it can have.”