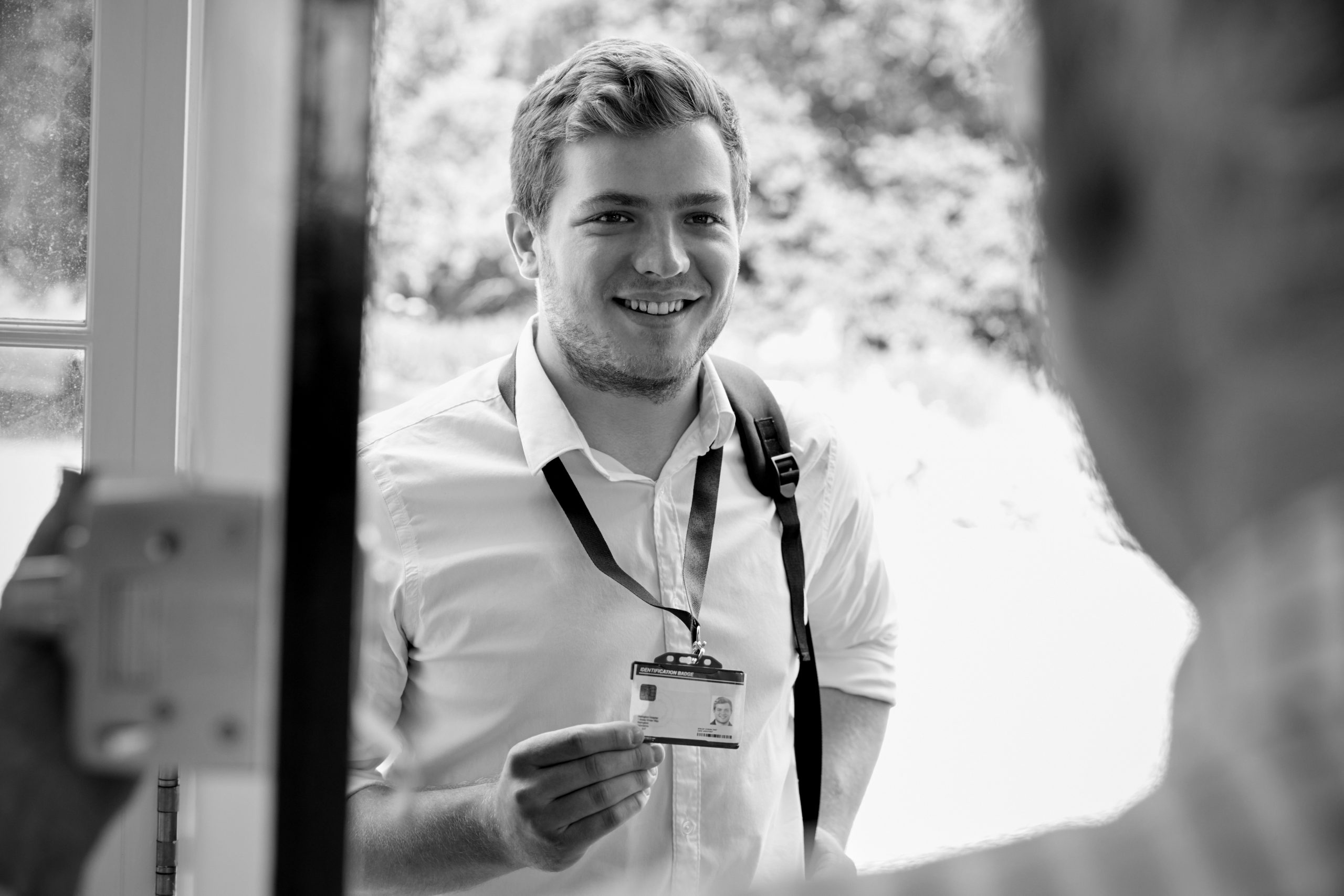 Rise in modern slavery in fraud and scams

Organised crime groups are playing an increased role in doorstep crime and other scams, according to the annual Consumer Harm Report published today by National Trading Standards.

These gangs frequently target vulnerable young men from deprived areas – such as those with alcohol and drug dependencies, people who are unemployed, homeless people and immigrants – to carry out substandard house ‘improvements’ and unnecessary repairs on people’s properties. Victims of the scams are often in vulnerable situations themselves – doorstep criminals tend to target residents living alone, with an illness or a disability. 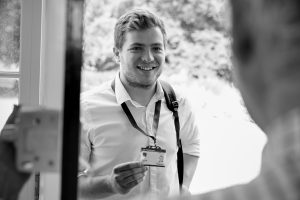 The most recent estimates from the National Crime Agency have identified at least 181,000 people involved in serious and organised crime in the UK – more than twice the strength of the regular British Army. Recent high-profile cases have illustrated the dangerous approaches sometimes taken by criminal gangs to smuggle immigrant workers into the country. The numbers are thought to be growing, while referrals of potential victims of modern slavery increased by 36% in 2018 compared with the year before – a rise of more than 80% since 2016.

Meanwhile, financial losses from fraud soared by 32% between April and September 2018, and the use of modern slavery is increasingly being seen by trading standards officers investigating crimes against householders and consumers. Shoddy and sometimes dangerously unsafe maintenance and improvement work is carried out by enslaved labourers while unsuspecting householders are bullied into paying hugely inflated prices, often losing their life savings in the process.

“National Trading Standards investigators work every day with limited resources to protect consumers from criminals, including fraudsters, counterfeiters and gang-leaders. The doorstep scammer is not a lovable rogue. Often behind the person who turns up at your door offering cut-price services is a serious criminal. Not only are they happy to rip off older people, those living on their own, and indeed anyone who is taken in by their patter, but they may also be exploiting and even enslaving vulnerable people to help them carry out their crimes.

“Consumers need to be vigilant to old scams wrapped in 21st century packaging and to ruthless criminals who will stop at nothing in pursuit of ill-gotten riches. The international nature of organised crime means trading standards officers must work closely with domestic and international partners to disrupt these operations.

“Most importantly, we urge communities to be vigilant and report any suspected scams to the Citizens Advice Consumer Service on 03454 04 05 06.”

The National Crime Agency leads on serious and organised crime within the UK, but more cross cutting issues are straying into the Trading Standards world. 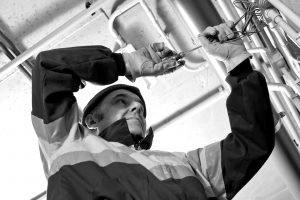 “The types of labour exploitation referenced in this report are often hidden in plain sight, and we need the public to recognise the signs and report their suspicions.

“Victims may show signs of physical or psychological abuse, look malnourished or unkempt, and have few or no personal effects. They may appear to be under the control or influence of others, rarely being allowed to travel on their own. This includes transport to and from the workplace, where they may work long hours with inadequate personal protection equipment.

“I would also appeal to people to think about the consumer choices they are making to ensure they don’t inadvertently contribute to the problem. If the cost of a particular service seems unusually low, they need to ask themselves why that might be and look beyond the price.

“We welcome the fact that Trading Standards are helping to draw attention to this issue, and recognise the part they can play in helping law enforcement combat modern slavery.”

If you suspect someone to be a victim of Modern Slavery, contact the 24/7 Modern Slavery Helpline on 0800 0121 700, or your local police on 101. Your information could save a life. To remain anonymous, contact Crimestoppers on 0800 555 111 or visit www.crimestoppers-uk.org. In an emergency always call 999. 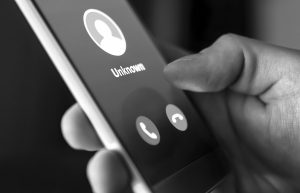 “We fully support this important campaign and are pleased to see more and more businesses and members of the public educating themselves about modern slavery and what they can do to stop it.

“Hope for Justice investigators and outreach workers have helped many victims who were being exploited by those responsible for doorstep crime. Many were forced to do construction and maintenance work, paving and gardening – all for little or no pay, while living in squalid conditions and trying to survive in an atmosphere of constant threats, intimidation and abuse.

“Every time an individual or organisation learns to ‘spot the signs’ of modern slavery and knows how to report it, it takes a little more power away from the traffickers who use human beings for profit in the most awful ways. We are glad to see the crime of modern slavery rising up the political and media agenda, and its inclusion in the 2019 Consumer Harm Report.”

Other doorstep crime trends include a rise in utility and energy-related fraud. Fraudsters tend to chase emerging consumer trends, such as increasing consumer awareness of the benefits of green energy and home insulation. Scams relating to solar energy and insulation are attractive to rogue traders, who use doorstep and cold calling tactics to target potential customers. In selling inferior, unsuitable or ineffective installations to unsuspecting householders, they leave consumers out of pocket and threaten the success of legitimate businesses and those who work for them.

The rise in these scams – alongside a recognition that utility staff can help identify and prevent scams given they regularly enter customers’ homes for works – has led utility companies, in conjunction with National Trading Standards, to launch a new initiative as part of the Friends Against Scams campaign. Launching today (27 November), ‘Utilities Against Scams’ brings together communications, gas, electricity and water companies who are training staff to help identify scams and victims of potential fraud.

Jo Giles, customer safeguarding manager at gas network Cadent, who has led the formation of Utilities Against Scams, said:

“Scams are becoming more commonplace, more sophisticated and harder to spot – and the report today clearly shows that our sector, and our customers, are a target. As utility companies, we meet and talk to customers on a daily basis. This puts us in an ideal position to support people who may be targeted, to spot tell-tale signs and act on them.

“Utilities Against Scams creates a clear and consistent approach in how we do this. We have seven main utility organisations who have contributed to this important piece of work and expect many more to join us at the launch – taking a stand both for our industry and on behalf of our customers.”

National Trading Standards (NTS) prevented more than £130 million of losses to consumers and business during 2018/19, while securing convictions to 47 criminals with prison sentences totalling almost 65 years. NTS teams are currently investigating another 97 cases of serious consumer and business detriment.

Investigations are often complex, involving disrupting mass marketing mail scams, shutting down online fraud and disrupting doorstep criminals. Equally importantly, NTS focuses on equipping consumers with awareness and advice to avoid scams and, where crimes have occurred, securing compensation and the return of money which has been obtained illegally.

Other emerging threats identified by the report include: