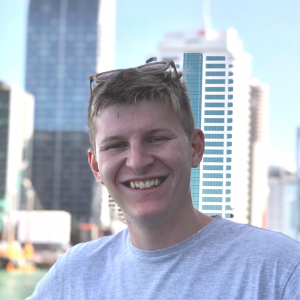 Sam has five years of voluntary experience working in communications for a charitable organisation which aims to make sport accessible to those on lower incomes. His work involved ensuring sporting institutions are responsive to the needs of the community in which they are anchored.

Notable campaigns that Sam worked at the forefront of during this period include the ‘Twenty’s Plenty’ campaign which resulted in a nationwide Premier League ticket pricing cap. The ‘Safe Standing’ campaign which has won support from the Opposition by opening up a conversation concerning health and safety within UK football stadia. And the ‘Save Fabric’ campaign which raised funds so that Fabric nightclub could successfully fight a legal battle to remain open.

Sam holds a BA (Hons) in Politics (First Class) and an MA with Distinction in Global Political Economy from the University of Sussex. During his studies, Sam explored his interest in the relationship between politics and finance by writing on Brexit, climate finance, Chinese political economy, and hegemony, amongst other topics.

Sam also writes on African political economy and has had his work published by The Best of Africa, a platform which seeks to engage people on Africa beyond prevailing narratives of war and poverty.

Sam is driven by a desire to support initiatives concerned with social justice and is determined to make a positive impact at Barley whilst working towards this goal.