Scarring affects over 20 million people in the UK, according to new figures released today by The Scar Free Foundation. Yet the findings reveal that scarring is not talked about enough in our society and there is still a lack of public awareness of the physical – as well as emotional – impact that scarring can have on people. One of the most common causes of scarring is burn injury, with 64,000 children seeking medical treatment in the UK alone last year, and yet it is an area of medical research that has been critically underfunded.

The Scar Free Foundation is the only medical research charity which focuses solely on scarring, and is today announcing plans to establish the world’s largest cohort of children with burns to take part in research and inform future treatments, in partnership with University Hospitals Bristol NHS Foundation Trust. The charity, along with world leading clinicians and scientists, is now calling on government and other major funders to further invest in developing effective new treatments to reduce – and eventually eliminate – scarring from burn injuries, which affects four million people in the Western world.

According to the survey commissioned by The Scar Free Foundation, despite over a third (38%) of the UK population having a scar, it is often a ‘hidden issue’. Three times as many respondents feel we don’t talk enough about the impact of scarring as a society as those who think we do – the reasons given range from it being seen as a ‘taboo’ and ‘too personal’ to ‘being embarrassed’ about the subject. Over a third of women (38%) and a quarter of men (26%) would feel uncomfortable asking someone how they got their scars, yet talking more openly can raise awareness of the problems people face and reduce stigma.

Although nearly half of people questioned (47%) are aware of emotional problems related to scarring, less than a quarter (24%) knew about the physical impact that scarring can have, with a further quarter being unaware of either the physical or emotional impact on people. The physical impact of severe scarring can include pain, itching and loss of movement, requiring the need for frequent operations, skin grafts, cream application multiple times a day and daily physiotherapy.

Simon Weston CBE was badly burned all over his face and body during the Falklands War when the RFA Sir Galahad was destroyed in the Bluff Cove Air Attack in 1982: “They hit the ship and ignited the fuel. We lost 48 men on board, most of them my friends, and of the 97 that survived I was told I was the worst injured.”

Simon is passionate about the issue of scarring and is proud to have been a part of The Scar Free Foundation since it started: “As people with scarring, our contribution is as valuable as all the clinicians and the researchers. We’ve been the tapestry for them to work with. The Scar Free Foundation has such a great vision. There’s a heck of a lot of work to do – we need to have something in place to minimise scarring and eventually eradicate it. To end up with a scar free world, wouldn’t it be wonderful?”

“My scars stretch and hurt and they are itchy, I can’t hold onto the bars in gymnastics because I don’t have very many fingers and it hurts my arms,” said 5 year old Elizabeth Soffe, who was badly burned in a house fire when she was 6 months old. Scarring affects almost all of her body, and she lost her hair, a lot of her fingers, part of her nose and one of her ears in the blaze. The parts of her body that were not burned have been used to provide skin grafts and she has restricted movement due to scarring on her elbows, wrists and other joints. “People say mean things because I look different to them, but I know I’m beautiful.” 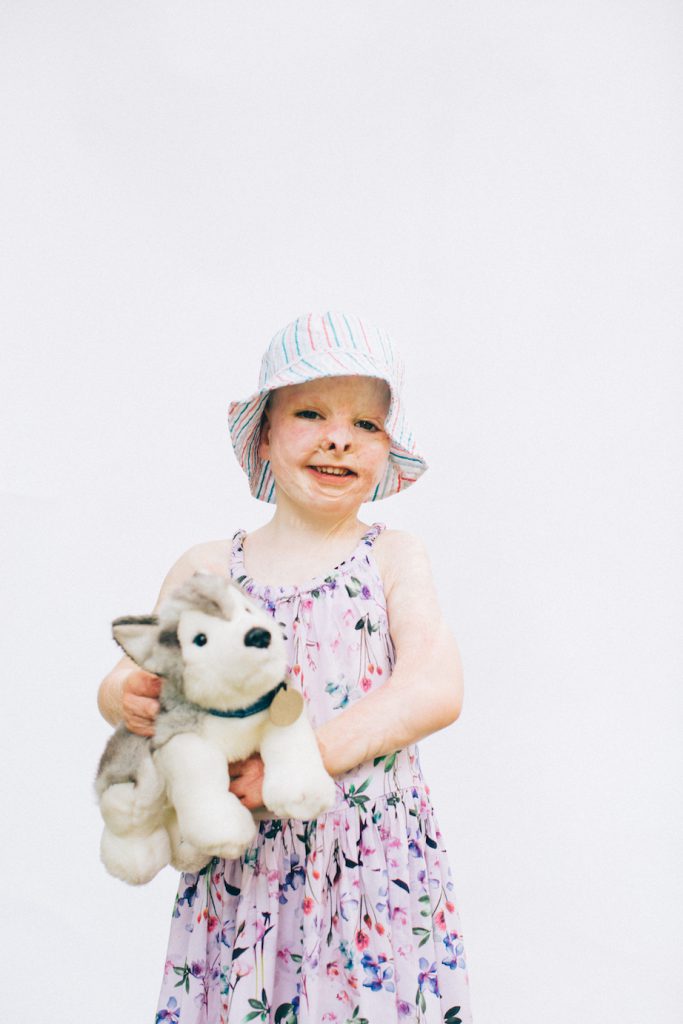 For Elizabeth and her family, the physical impact of scarring and how it restricts her life, is significant. She has to have frequent operations and skin grafts, and her scars itch constantly which keeps her awake at night. She also has to have cream massaged into her skin several times a day and daily physiotherapy to help her movement. Elizabeth’s father, Liam Soffe, said: “Elizabeth just wants to do the things that other 5 year olds enjoy – playing with friends, swimming and having fun. The Scar Free Foundation’s aim for a scar free future is a fantastic goal. Life without scars and their associated physical impact: the restrictive movement, the pain, the itch and the visible differences would make things much easier for girls and boys like Elizabeth. What The Scar Free Foundation can do is move treatments forward massively through funding medical research so that children like Elizabeth can benefit and do all the things that other children take for granted.”

Burn injury is one of the most common forms of trauma worldwide, over two-thirds affected are children. This is an area of research that has been historically underfunded, as statistics[1] from 2011 showed that overall research expenditure on complex trauma, of which burns is one small element, was less than 1% of total UK public expenditure on health research. Data from 2019[2] reveals that studies looking into skin and inflammatory conditions – of which burns is again just one small part – account for 6% of Medical Research Council funded research over the last five years.

“The NHS provides excellent burn care within the boundaries of what is currently possible. However, we want to highlight that burn care – particularly the prevention of scarring from burns and scalds – has not moved on in the way that other areas of medicine have, which is why we need more medical research in this area. Burns patients tell us that they are most concerned about longer term scarring and the impact that it has on their movement and quality of life. We want to help people living with scarring achieve their full potential, as well as moving forward towards a scar free future. A cohort study would be groundbreaking – enabling us to map the DNA of an enormous range of children with burns, so we can isolate those factors which influence the severity of scarring and improve patients’ lives.”

“The NHS provides the UK with a unique opportunity to undertake world class research into scarring. The Scar Free Foundation’s previous investment has transformed burn care research from ‘silo’ small scale projects into collaborative cross-service, multi centre research projects undertaken on a larger and more meaningful scale. We want to put the patient at the centre of our research and establishing this new children’s burns cohort study will enable us to develop treatments which will have a real impact on children with burns in the future.”